I have x model boat with x model engine. Will Ridesteady work on my boat?

GPS or paddlewheel? Which is best for me?

Both are good choices. However, GPS has the advantage in most scenarios.

GPS allows for incredibly tight control performance due to its inherently clean signal, and provides information that makes for useful features. Perhaps best of all, it does not require drilling a hole in your hull.

GPS provides speed-over-ground, which is not necessarily the same as speed-over-water. When you're on a non-flowing body-of-water, such as most lakes, the speed-over-water is approximately equal to the speed-over-land. However, if you ride on a flowing river, your speed-over-water will be different than your speed-over-land, as the water is moving relative to the ground beneath it. However, GPS is still generally advantageous over the paddlewheel, as its cleaner signal provides a more consistent speed. Any set speed compensation needed to offset the river flow can be done easily with the rotary knob. If you ride on a fairly fast flowing river, the paddlewheel may provide some benefit.

A 2” hole must be drilled in the hull in order to install the paddlewheel, as it must touch the water to measure it. The paddlewheel can be affected by variations in the water speed beneath the boat, which can be caused both by waves and turbulence from the hull. More aggressive filtering is required to help reduce these variations, which lowers the control performance from that of the GPS (though it is still quite good).

Does Ridesteady only work with V8 engine powered boats?

We have had successful 4, 6, and 8 -cylinder installs. Contact us if you have any questions regarding your boat - we may have install pics that will help you determine its compatibility.

Does it matter whether I have a carbureted or fuel-injected engine?

No; as long as you have a mechanical throttle (not throttle-by-wire), it does not matter whether your engine is carbureted or fuel-injected.

I read the install guide, and I don't think I am technical enough to do the installation. How can I get Ridesteady in my boat?

No problem. Just contact your dealer or other professional installer and have them get in touch with Hydrophase. We'll work with them to get the Ridesteady speed control system in your boat ASAP!

My instrument panel has 5" gauges. Which of your systems offer these larger gauges?

The Ridesteady Classic system will only have the smaller 4" gauges. The GPS-based Ridesteady system has both the 4" and 5" gauges and can be selected in checkout.

I read on your site that you have an intelligent throttle motor system. That's great, but why should I care?

Being 'smart' about controlling the throttle motor allows us to:

Most likely you can replace your old speed control with the Ridesteady speed control system. The paddlewheel connection (if so equipped) may even be compatible. Contact us for more information.

Will Ridesteady for Yamaha Jet Boats affect “No Wake Mode”?

No; the Ridesteady throttle nodes were built to integrate into the existing throttle system, so no large electrical motors are needed to mechanically move the throttle. Because the high power draw of these motors is avoided, there are no issues with No Wake Mode or Cruise Assist.

Do you ship internationally?

We ship internationally as long as there are no signs of fraud. If your country is not listed in checkout, simply email us and we'll add it to the list.

We use the US Postal Service's "Priority Mail" service. We've found this to be the most economical and reasonably fast method of shipping internationally. On average, it takes 1-2 weeks for an international shipment to arrive, with the longest delay typically being in customs. A tracking number is provided.

Note: some countries may charge duty / tax on imported items. 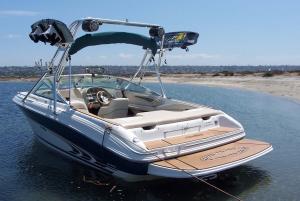 The GPS is so responsive it’s amazing. The fact that it stays... 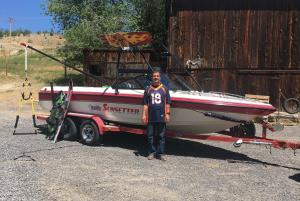 MAN THIS SYSTEM IS AWESOME. THAT KNOB IS THE BOMB!!! It is... 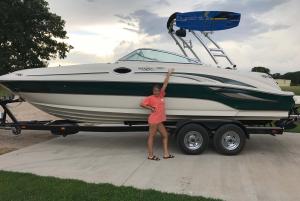 Absolutely the best investment I have ever made on a boat.... 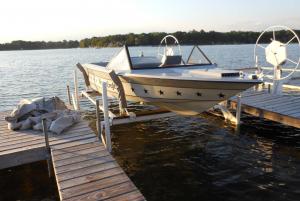 I'm thrilled with the Ridesteady system! It was easier to...

END_OF_DOCUMENT_TOKEN_TO_BE_REPLACED

Thank you...really love the product so far...install was very easy!

This ridesteady is awesome! I should have purchased it the first week I had my boat had I known about it. As another user mentioned, it quite possibly could have saved my marriage lol.

Thanks for the fast delivery. I installed my Ridesteady with no problems; it worked flawlessly from the word go.